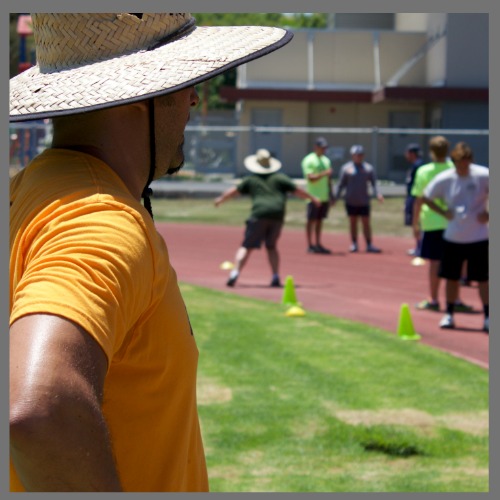 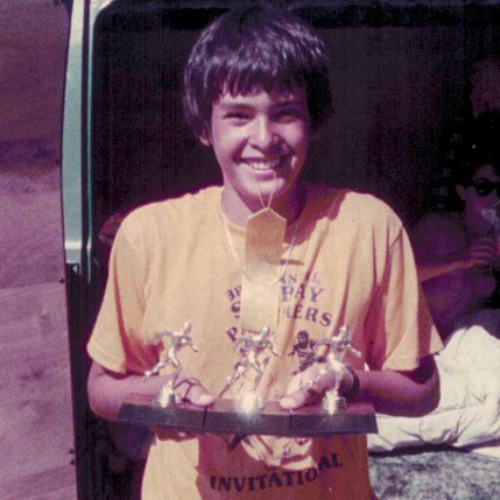 So, let’s get to know him a little better….

I’m Coach Erik Johnson, and I thought I’d take a moment to tell you a little about myself.
I started competing in Track and Field at 10yrs old. It was field day Aire Libre Middle School in Phoenix, AZ and I had to run in a race. As I ran, a bigger and faster kid, pushed me down and I fell. Determined to kick this kid’s a$$, I got up and ran as fast as my legs could carry me and won the race! (I believe there were a few choice words spoken on the winner’s block between him and me)

A woman, by the name of Illene Molinski, saw my grit on the track and approached my father and me. She suggested I join a track and field club her husband ran called- Paradise Valley Athletic Track Club- Go PVAC!

There I dabbled in several events- I was the anchor runner in the 4×1 relay, high jump, and threw the shot. I even won Youth All American in high jump and a bronze medal at the Jr Olympics…

…. BUT THROWING WAS WHERE I FELT AT HOME AND ONCE I DISCOVERED THE DISCUS, IT WAS LOVE AT FIRST THROW.

Flash forward to high school, I started out at Shadow Mountain High School at 5’7” and scrawny. I then grew into a skinny senior at 6’2 and 190lbs, however, I threw a decent 173.2 in high school discus, with no coaching and no knowledge of weight training.
In my senior year of high school, I was considered undersized and my marks were not impressive enough to get recruited, so I went to a Junior College track power house- Mt. SAC in Southern California. At Mt SAC, I was exposed to some Olympic lifts, better technical throws coaching, grew another 2” and put on some good weight.

As I trained and threw further and further, I started getting recruited by several Division I schools, and in the end, I chose to attend UCLA –which at the time was a throws dynasty. I was coached by coaching legend, Art Vanegas, and then my throwing really got into gear!

At UCLA, I finally learned about REAL weight training, Olympic lifting, sports medicine, and of course throwing. I transferred to the University of Colorado for my final year of eligibility and wound up as an NCAA- All American, then a multi-time US championships competitor, and Olympic trials finalist in 1996.

Years went by, I got married to Mrs Arete, had 3 little Aretes, and thought to myself many time, “I’ve gotta throw one more time”. So, with very little prep and training, I went to the 2011 World Masters Meet and won a bronze medal in my age group!

THE OL’ DOG STILL HAD SOME MAGIC.
Of course I thought, what would happen if I actually trained?

It’s the competitor in me, and all throwers know, it’s a sport that is hard to let go of, In fact, it’s usually your body who says “Enough” first. lol.

I got to train with Olympic champions and legends, and it lead me to meet one of my closest friends, Tony Ciarelli, at Newport Harbor. We have been friends for over 25+ yrs and I have been the director of the Annual Throws camp called the Tony Ciarelli Olympian Throw Clinic since 1997.

Today, my throwing journey is still being written…

NOW, I AM ON THE OTHER SIDE OF THE THROWING CAGE AS A COACH. IT IS ONE OF THE BEST TIMES OF MY LIFE. I LOVE THIS SPORT, I LOVE THE GRIND OF THE SPORT, AND I LOVE EACH SEASON’S NEW CHALLENGES:

> New throwers who want to learn the sport
> High school throwers who want to win championship meets and hopefully make a
mark big enough for a scholarship
> Elite pro throwers dreaming to compete and WIN an Olympic game
> Helping coaches who want MORE results from their throws programs and who want
to be the #1 throws coach in their district, county, state or NATION!
That’s ARETE STRONG! 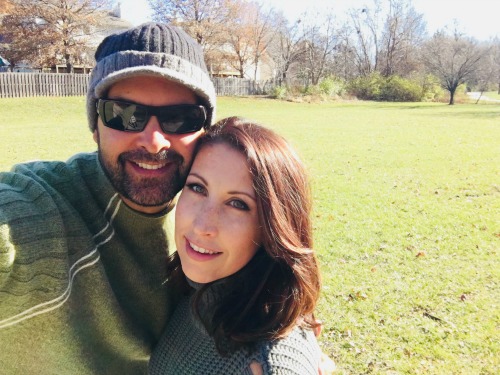 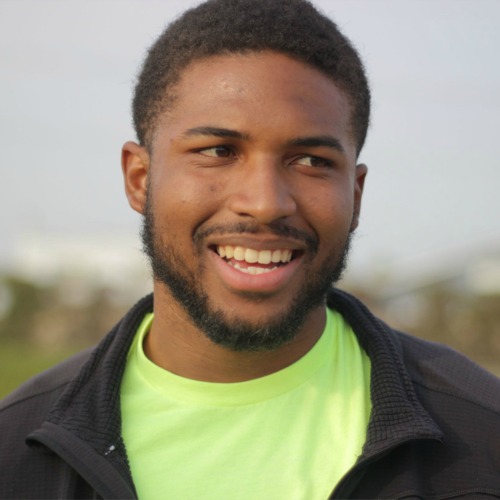 Jason Harrell is an ATN pro thrower and assistant throws coach.  He placed 4th at the 2016 Olympic Trials, and is currently training with Coach Johnson…. chasing the 5 rings!

Jason Harrell is an ATN pro thrower and assistant throws coach.  He placed 4th at the 2016 Olympic Trials, and is currently training with Coach Johnson…. chasing the 5 rings!

How To Join Arete Nation…

Arete Throws Nation offers many different ways for you to learn the TCR™ system: