Best Lifts for a Solid Strength Training Program for Throwers

I don’t think there is a coach or athlete out there who thinks they can excel in any sport without a solid strength training program.

However, one common issue I see that holds many back from hitting technical throwing positions & punching out monster throws-

An athlete’s strength levels are pivotal in the throwing events: Rotational shot put, glide shot and the discus throws.

Throwing drills, like the squatted throw, will be inefficient if the athlete can’t simply hold a proper squatted position. 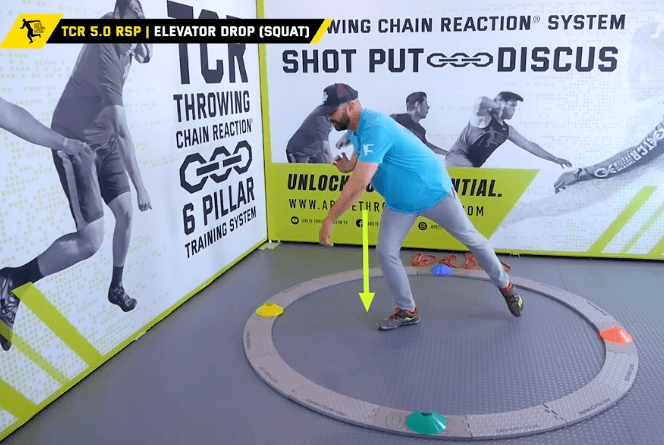 In fact, when strength levels are low, athletes tend to move themselves into an incorrect position to compensate for the fact that their legs are under developed, or they lack strength in their core.

That’s where a solid strength training program comes in!

Nothing too complicated, just super effective…

Today, I’m going to talk about lifts that are so key to throwing that it blows me away that so many schools don’t use them.

and that’s why we have the ATN Strength Training Course– whoo- hoo!

One of the key elements in the ATN® Strength Training Program are the Olympic Lifts: Clean, Snatch, and Jerk.

I can’t say enough about Olympic Lifts; they are just fantastic lifts!

Olympic Lifts are pure athletic strength development, and should be a part of any level of an athlete’s program- especially throwers!

Personally for me, when I was in college at Mt. SAC, UCLA, and then CU Boulder, it was the first time I was exposed to a true weight training program, where the focus was on Olympic Lifting and proper technique.

This exposure is where I learned how to do cleans and snatches more effectively.

Most college throws coaches also spend a great deal of time as strength coaches for their throwers.

I was very fortunate to learn from some of the top throws/weight lifting coaches in the nation: Art Venagas (who brought in Coach Bob Takano to teach us Olympic lifting technique at UCLA), Ej “Doc” Kries.

This is when I caught the fever to learn more!

I dedicated myself to learning the science of the throws, the details in the details, and the connection of an elite lifting program for the throws.

Olympic lifts ONLY improve an athlete’s performance when they are coached CORRECTLY!

A coach must understand the proper positions and movements of the Olympic lifts in order for them to be successful for the athlete. 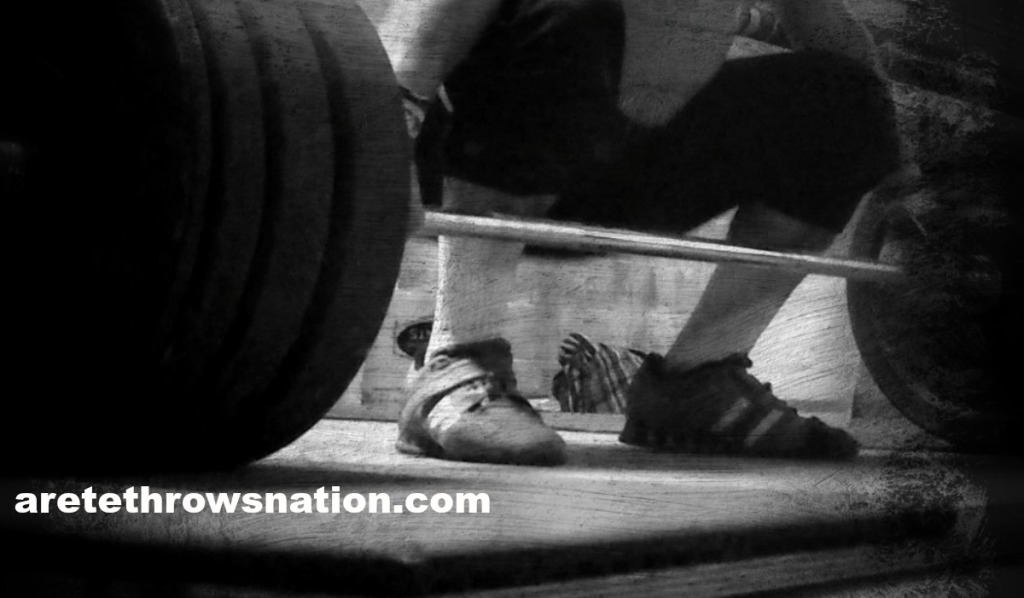 Olympic lifts do take dedicated time and training to learn.

To master these lifts correctly takes patience and constant studying.

At Arete Throws Nation®, I coach and provide all my athletes (high school, college, & Pro) with an elite level weight training program, in which we focus on Olympic lifts.

I also coach each thrower on every aspect of the lifts:

First of all, Olympic Lifting is not a “grip it- and rip it” style of lifting.

In Olympic lifting, there’s a double eccentric load, which is why the lifts are so effective.

This means you are going to load at the start by taking time to set it up the lifting chain reaction, and before you can ballistically accelerate the weight.

As you complete the first pull, you’ll then go quickly & drop back under the bar to catch the weight with the lower body.

(which is the 2nd eccentric load)

It’s an athletic response… something you see in almost all explosive sports, especially the shot, discus, and hammer.

The movement of these lifts:

Now the throws, of course, add an additional component of rotation (transverse plane) and transfer of momentum forward into the throwing sector.

Clearly you don’t do any rotation in the Olympic Lifts.

Olympic lifts are movements that are done on the frontal and sagittal plane, moving up and down with 2 feet on the ground straight up.

So how does it all come together?

is absolutely fantastic for creating explosive strength for the throws!

One of my favorite Olympic lifts is the Jerk.

The jerk is, by far, an excellent movement for the throws, especially for shot putters! 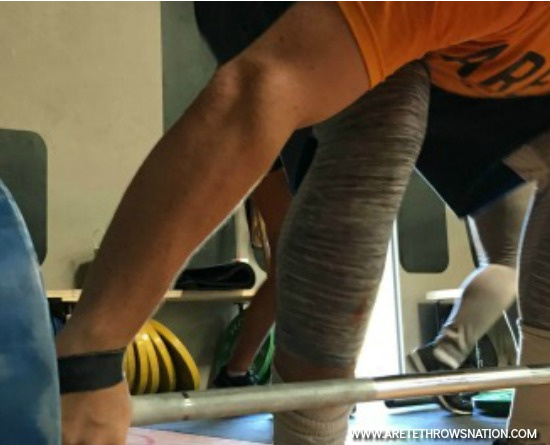 The jerk is where the bar is on your shoulders, and you have to dip the hips and drive the bar overhead.

The proper action of the legs to set up maximum drive. (This is of course very simplified)

If you don’t facilitate the movements correctly, you’re likely going to try to muscle the weight overhead with the upper body instead of the legs…

… and that will limit the amount of weight you can move.

Kinda like throwing the shot… you must sequence the legs before the upper body strike.

If you time it wrong, you’ll try to muscle the shot with the upper body,  and you simply won’t throw far!

Olympic lifts are about moving the weight as fast as possible; moderate to heavy weight that is.

Again initiating from the ground, through the legs, hips, to set up the upper body pull where you move even faster; just like the finish on a throw!

That split second sequencing is what you are training the body to do which again becomes very similar to the throws.

So if you are not doing Olympic lifts, by all means, you need to understand it’s something that will absolutely enhance your throwing.

A couple of years ago I put up a video on Youtube where I was showing how I integrate my strength training program and throws drills. Click on the image below to watch this quick 5 min video

To learn more about how to set up & design a championship season using the weight room, take my Strength Training course and learn how to design a strength program for throwers!

When it comes to strength training for throwers, you just can’t run away from those pesky scientific facts of physics- so embrace them!

Your strength training program should be constantly training you to be fast and explosive!